Don’t Be a Hero Today

When you see someone going in the wrong direction, it is a human tendency to want to save them from mistakes you may have made in the past. When the time comes to save them, (as so you think) they turn to rebuke you for being in the way! You begin to think at that moment “if I could just help that person avoid the turmoil that I went through to get where I am, I can somehow be this person’s saving grace”. Being reminded that the old folks always use to say “I wish I had someone when I was your age to help me from doing some of the stupid things I did back then”. Then the “shoulda, coulda, woulda” record replays in an integral part in your mind as you see that person you tried helping, helped themselves into the pit that you were able to see beforehand.

This is called the Hero Syndrome. This is commonly used when courting an individual who seems to be in destress, later to find out you were just the rebound. Not so long ago, one of my brothers was recently kicked out of my parents’ home. Looking from the outside in, I wanted to defend him from what I experienced when I lived at home. Dealing with my parents at 17 was no easy feat, so in turn I was able to relate. Feeling at the time that I understood what he may have felt and it could be that he had no voice to stand up for himself. After feeling a strong concern about the situation, I decided to allow my brother to stay with me for a while. Outside looking in, I wanted to defend my brother for I too had encounters with my parents when I was his age that were not so favorable. I thought back to when I was a teenager, the feelings engrossed me, and how I use to feel rejected without a voice. Therefore I invited my brother to come stay at least until his last day of school that year. 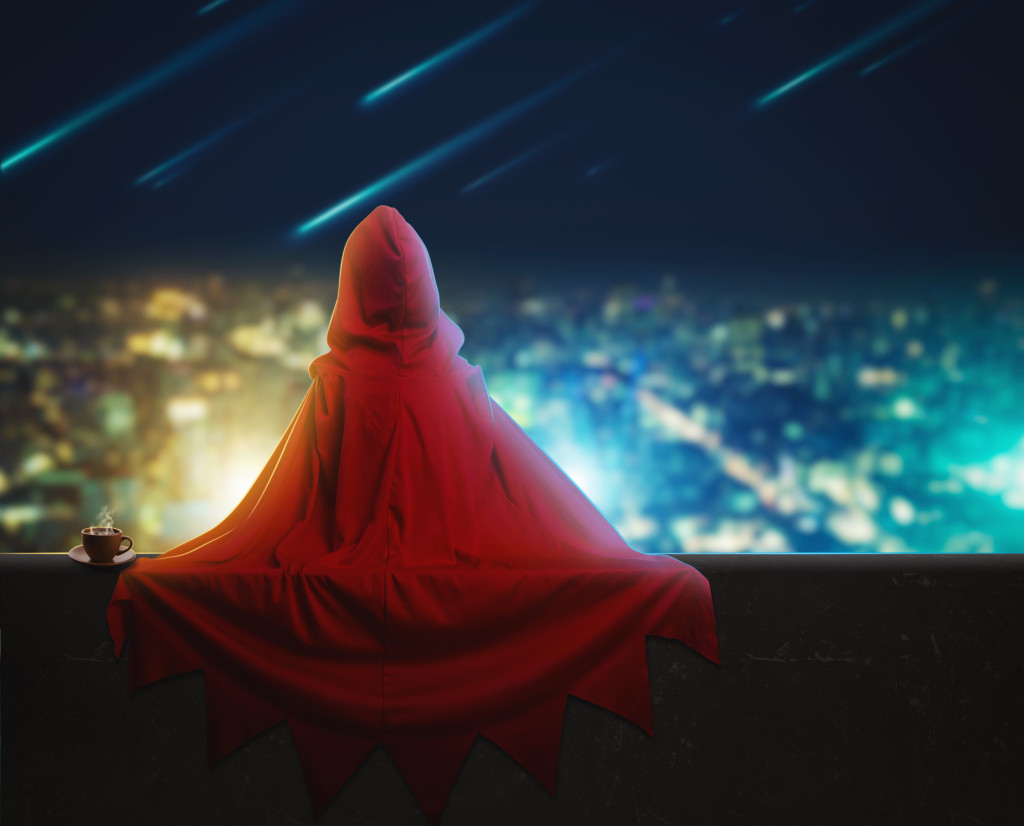 Super hero sitting on a high building over the evening city

There are times when you were young, ready and stupid at the same time. When I was in high school, I so wanted to get out so I could be free from my parents. I was yearning to be a man with boyish tendencies. Little to no direction in the home; I hated living under mom’s roof. She was the dominant authority in the home and she had a strange way to teach right from wrong with a strong hand. My Dad was passive and agreed to what mom wanted, so there was always a lose/ lose battle. No matter how hard it may have seemed for me at the time, my brother was a different story. I may have had some struggles, but I strived not to bite the hand that fed me. My brother on the other hand would bite and eventually began to kick. My dad even came to me and said that I wasn’t as rebellious as this guy. While dealing with my parents pushed me to work hard for myself, my brother neglected all personal responsibility.

I have learned that the majority of this up and coming generation seems to have a false claim of security. I had just accepted this new job and provided a place for my brother to lie his head at night and food for his stomach. His school was on the outskirts of the city and his job was down the street from the school. I lived north of the city and his school was a 40 minute drive away. Imagine if you will, dropping off this kid to school and still make it to work 8am when your job is 20 minutes away from where you live in the opposite direction. Can you say “Gas Bill”!? I went to parent teacher meetings, picked him back up from his job after I got off work. My car even died at his job’s parking lot and was there the first week I started my new job. Two of my new colleagues volunteered that week to bring me back and forth to work all while dropping off my little brother as well.

My only deal with him was for school to be taken seriously and to keep his priorities straight. Now that he was in an environment that had less pressure than back home with the folks, I thought he would have the room to excel. I truly believe in hard work and there is no such thing as a free lunch, but I believe than my brother had another philosophy in mind. I found out that he was still skipping classes, still hanging out with the wrong crowd and started getting an attitude when it came to house responsibilities. Man was I baffled of what I thought would help this guy out, turned quickly to be my nightmare! I had his back, I sacrificed my personal space and most importantly my time for this kid to just goof off?

Needless to say, he did not last very long in my household. T.D. Jakes said “Somebody has to arrest this crazy generation that want to take EVERYTHING and give back NOTHING!” These days, reciprocity is a foreign concept that people now want to get married to one sided relationships. However to have a relationship reach its apex, you must have reciprocity. Having a relationship where you just take without giving back is a “loner – ship”. I know this is a new word, but that is where you will end up without contribution…. alone. I thought that my brother and I were better than that. I thought that I could help him out in his time of need. I know that you cannot help someone who doesn’t want the help and I have definitely learned firsthand not to become a hero today.

• Who have you tried to rescue out of a difficult situation?
• How can you discern when to let go, or when to hold on?

Selah: Remember this: Whoever sows sparingly will also reap sparingly, and whoever sows generously will also reap generously. Each man should give what he has decided in his heart to give, not reluctantly or under compulsion, for God loves a cheerful giver. And God is able to make all grace abound to you, so that in all things at all times, having all that you need, you will abound in every good work. As it is written: “He has scattered abroad his gifts to the poor; his righteousness endures forever.” Now he who supplies seed to the sower and bread for food will also supply and increase your store of seed and will enlarge the harvest of your righteousness. You will be made rich in every way so that you can be generous on every occasion, and through us your generosity will result in thanksgiving to God. – 2 Corinthians 9:6-11